I think we have all been there. I know I have certainly asked people to review and comment on a few topics or content components, only to be confronted with the fact that context is needed. This is how you complete an automated roundtrip with topic-based content in full context.

A content management service or CMS is an application that facilitates creating, editing and managing digital content. It allows you to have full control over your files and documents, as well as the options to publish, transform and reuse your information. In the end, it is all about getting the right content to the right place at the right time.

Companies take advantage of content management services to increase efficiency across their organization by connecting their business data to valuable content. In this blog entry, we will discuss the benefits of using the latest content management tools and explain why using a proper CMS can help your company.

Power Up Your Field Agents: Mixing Word and DITA XML Topics to Customize Your Deliverable for the Customer

I’ve seen it first hand in several companies I have worked for: Field agents or other colleagues that work closely with individual customers come to me in the documentation department and ask me to make sure that their standard product documentation is always up to date. And then, they want to add a little bit of special information for each customer.

“Oh, and by the way. In the field agent office, we have this standard guide that is only for us internal specialists. Can you make sure that is always up to date as well? Then I only have to go to the configuration database and fill in the form with the customer specific configuration information – by hand.” 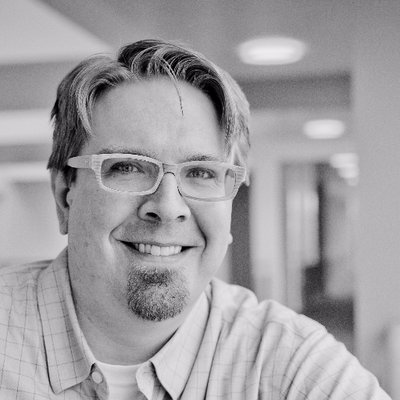 The Value of Structured Content Management in Life Sciences

Pharma is undergoing tectonic shifts regarding regulations, affecting both costs and processes across the board. Millions are spent every year by organizations seeking to achieve and retain compliance, one of the biggest challenges facing the life sciences industry.

As the sheer number of regulatory requirements grows worldwide, the challenge of not only meeting the requirements, but also maintaining consistency and integrity across all submissions becomes ever greater. As a consequence, as stated in Deloitte’s regulatory outlook for 2017, life sciences organizations are under pressure to add more business value by embedding compliance into business processes. Quality, consistency and compliance issues should no longer be addressed after the fact, but instead in real time before they trickle downstream.

One of the main drivers in Open DITA is allowing writers with little or no XML skills to benefit from the most important reuse capabilities of the DITA standard. So let’s cherry pick from the rules of the Open DITA manifest and explain how they achieve reuse of your content.

But before we get to that, let’s take a step back and consider WHY we want to reuse. Let’s be honest. Reusing content creates a certain amount of complexity. For that reason we had better make sure that this complexity is worth our while.

Getting started with structured content management can be daunting: you’ve been tasked with completely overhauling your organization’s content strategy. There are so many things to consider that deciding where to begin can seem like one of your biggest challenges.

There are plenty of clichés appropriate to this situation: the journey of a thousand miles begins with a single step, don’t try to boil the ocean, and so on. By thinking about the project as a whole, it’s easy to become overwhelmed.

In this article, I’ll give you some ideas for getting started in small, manageable steps, without ever losing sight of your vision.

This year at the LavaCon conference in Las Vegas, I followed some very exciting presentations about the very near future role of bots (software robot/intelligent agent) in our efforts to bring exactly the right piece of content to the right person, at the right time.

Some excellent presentations also talked about the fact that bots need to have access to enormous amounts of rich, structured, modular content that is tagged with metadata. In other words, bots feed on rich structured content and they just cannot get enough of it.

A few years ago, I gave an interview about structured writing to a Swedish journalist. I talked (probably far too much) about consistency, modularity, content reuse and all the other goodies of structured writing.

She asked me, “But what about the writer? Isn’t it terribly boring, being all modular and consistent?”

My answer was – and still is – the following:

“When I am trying to make my new cable TV box work, manual in hand, desperately looking for the information I need – in that situation, nothing in the entire World concerns me less than how the writer felt when creating this manual!”